Time-of-flight (TOF) three-dimensional (3D) imaging provides a complimentary fit for the LCPG steering technology. TOF cameras and flash lidars use a focal plane array (FPA) to simultaneously detect the return from thousands of locations in the receiver’s field of view (FOV).  Large FOVs typically require diverging beams and wide-angle optics that reduce the amount of signal collected relative to background noise. Meanwhile, the angular resolution is limited by the resolution of the TOF FPA.

Using LCPGs, a TOF camera can concentrate illumination and signal collection over a narrow angle for high signal-to-noise ratio (SNR) and angular resolution, then non-mechanically scan both transmitter and receiver to regain a large FOV and high effective pixel count. We demonstrated this approach with a commercial TOF camera to boost range and resolution while reducing power consumption.

A TOF 3D imaging system generally illuminates a sizable area with modulated laser light and uses a FPA to simultaneously detect the return from thousands of locations in the receiver’s FOV.  Thousands of points, from a QVGA (320x240) TOF detector for example, produce a dense 3D point cloud, but the 3D image’s spatial resolution is low if the points are distributed over a reasonably wide field of view.  High-resolution point cloud generation over a wide angle presents problems for a TOF camera (or flash lidar), since more spatial resolution generally means more pixels within the array and thus less return signal per detector element.  Also, wider view angles cause more ambient (background) light to be collected along with the TOF signal, which increases shot noise even if the ambient noise is rejected through electronic processing.

These signal-to-noise issues along with size, weight, power, and cost constraints usually force a tradeoff of resolution for coverage.  Fortunately, a TOF camera (or flash lidar) can provide higher resolution and better SNR by narrowing the FOV of the camera, and the LCPG scanner can step both the transmit beam and receiver FOV to gain back area coverage.

Using LCPGs, the same TOF camera covers a 44° × 5.1° FOV with 2080 × 240 effective pixels. The modification boosts angular resolution by nearly 10×, reduces background noise by up to 78×, and reduces required laser power by 4×.

We modified a commercial QVGA TOF camera by changing the receiver optics to a larger aperture collection lens with a ~5.5° FOV. The transmitter was modified to use one of the four available vertical cavity surface emitting lasers (VCSELs), which was condensed to a ~5.5° divergence and converted to a single polarization state. For this simple proof-of-concept, a 1-D linear LCPG scanner was integrated to provide a non-mechanical steering of both transmit and receive paths over 44° in 5.5° steps.

Using the LCPG scanner, the TOF camera could now capture a series of individual 5.5°×5.1° FOV point clouds spanning a 44° field. Stitching together the point clouds provides a continuous 2080×240 resolution over a 44°×5.1° FOV. This represented an improvement of nearly 10× angular resolution. Put another way, the original camera had roughly the equivalent of 20/200 visual acuity and could be considered legally blind, whereas the LCPG-equipped camera captured the scene with 20/20 vision. In addition, the reduced background noise collection and increased illumination irradiance increased depth accuracy by ~4.5×, while only using 1/4th the original illumination power.

To examine this concept, we modified a commercial-off-the-shelf (COTS) QVGA TOF camera (EVK75123-60-850-1, Melexis) to reduce the FOV of the illumination and receiver to boost angular resolution and SNR. We then incorporated a 3-stage (i.e., 8-angle) LCPG non-mechanical scanner to steer both illumination and receiver out to recover a wide FOV. By characterizing the system at each step, it was possible to quantify the impact of the LCPG scanner on the TOF camera.

To demonstrate one of the compelling applications of LCPG non-mechanical beam steering, we equipped a COTS TOF camera with a LCPG scanner and characterized the impact on camera performance. By replacing the wide-angle optics with narrow-angle optics and an LCPG scanner, angular resolution was vastly increased. Furthermore, SNR was improved despite using ¼ the illumination power and relying on polarized light.

The power of this approach stems from the ability of LCPGs to scan both the transmitter and receiver paths of the sensor. This is enabled by the large apertures and angles provided by LCPG steering. Meanwhile, the tiling of a monochromatic sensor FOV provides a good match for the discrete steering nature of LCPGs. 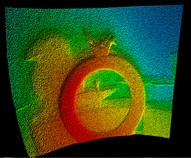 Using LCPGs, a TOF camera can concentrate illumination and signal collection over a narrow angle for high signal-to-noise ratio (SNR) and angular resolution, then non-mechanically scan both transmitter and receiver to regain a large FOV and high effective pixel count.
Read about it: High-Definition Time-of-Flight Imaging 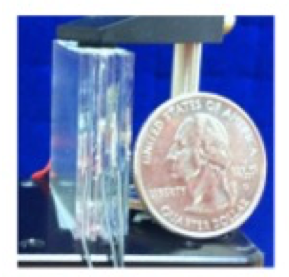 By measuring the wind speeds along multiple widely spaced LOS, the 3D wind vectors for a volume of air can be calculated. Such information is extremely useful in monitoring wind fields near airports, planning wind farms, and even controlling individual wind turbines.
Read about it: Coherent Doppler Lidar 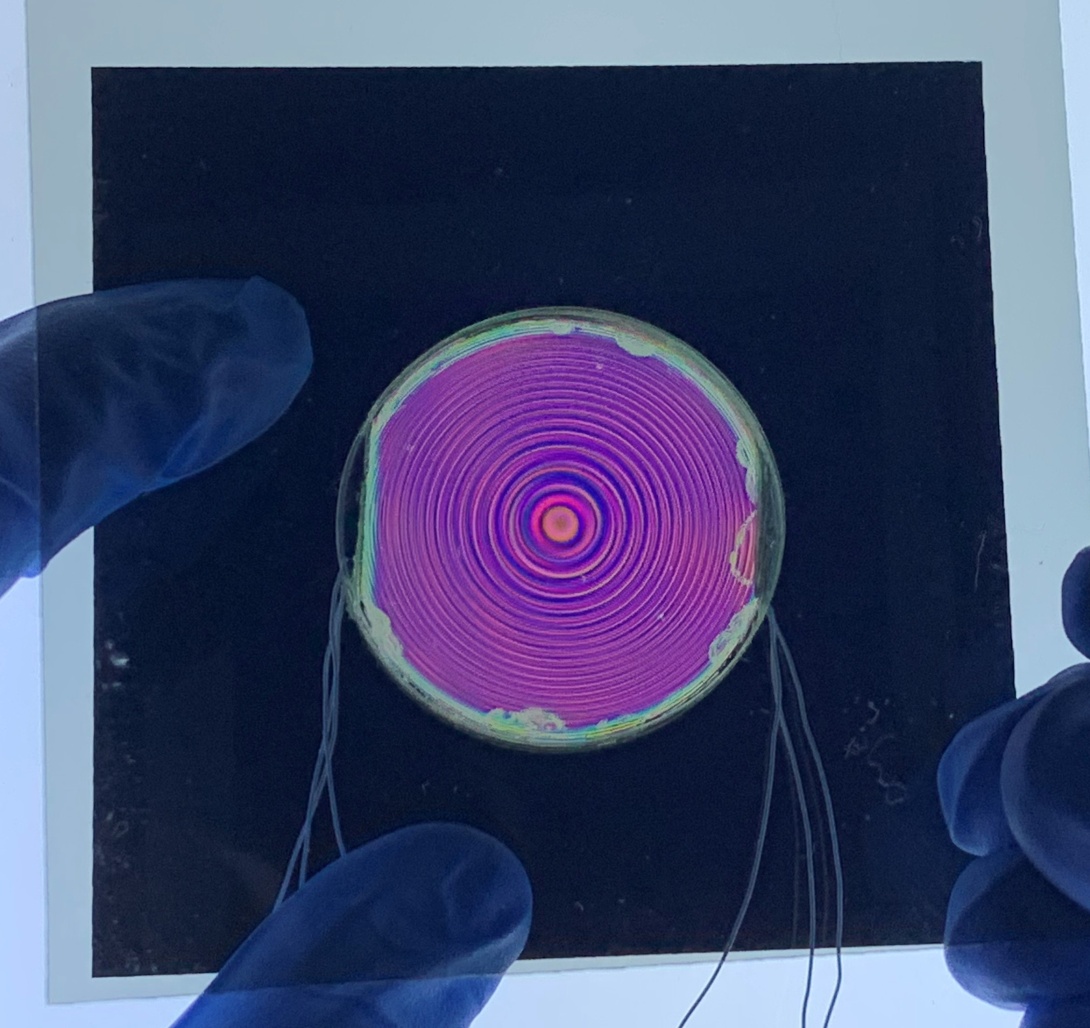 Using liquid crystal polarization grating lenses (LCPG lenses) in combination with controllable liquid crystal (LC) switches, we were able to show focus changes of more than 500 micrometers in less than 40 microseconds in a multiphoton microscope.
Read about it: Non-mechanical Refocusing in Microscopy
Discover more ways our advanced technologies can shape, correct, and steer light to address your challenging applications.
Discuss with an Expert